The Guild of St Joseph and St Dominic was a Roman Catholic community of artists and craftspeople in Ditchling, East Sussex. Eric Gill and his aprentice Joseph Crib moved to Ditchling in 1907. They were soon joined by Desmond Chute and Hilary Pepler, the guild was subsequenty founded by these four in 1920. The construction of a chapel was begun in 1919 and was completed in 1921.

This piscina was set into the right hand wall of the chapel, nearby the altar. It was used during the Guild services in the Chapel. There was a holy water stout opposite in the left hand wall. Both were removed when the Guild disbanded in 1989.

It was carved, preumably by Gill and Crib in circa 1921 and made from Hornton Stone. 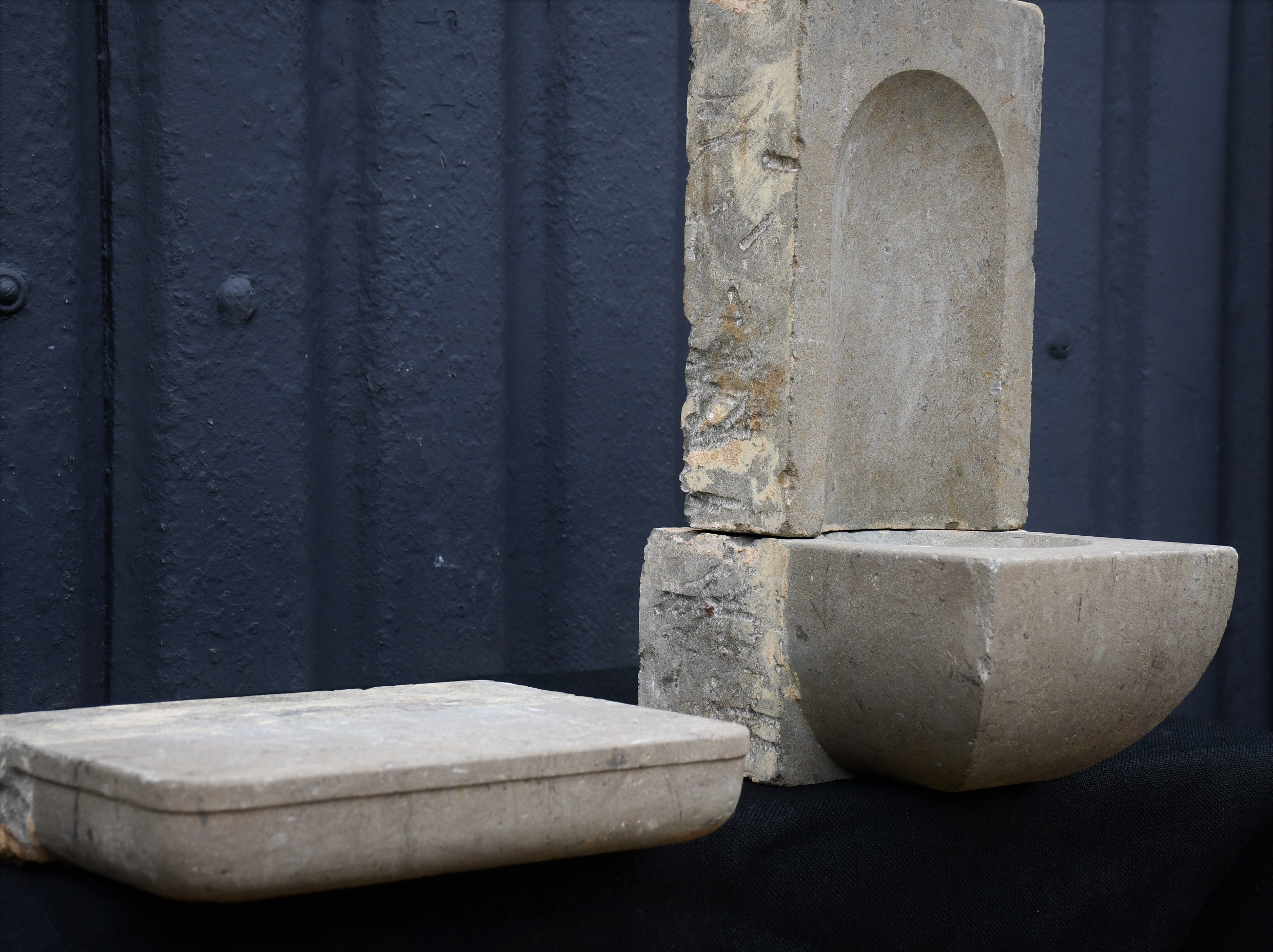